Is It Time To Refinance Your Greensboro/Triad Mortgage? 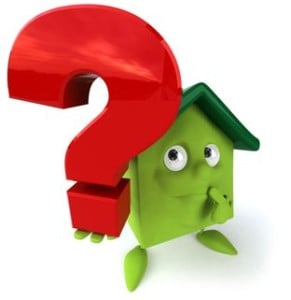 Consumer attitudes about mortgages have shifted over time.  In the early decades of the 20th Century, our great grandparents considered a mortgage to be one of the worst things you could have.  The banker, dressed in black with top hat, who comes to foreclose on the farm became one of the archetypal villains of the Great Depression.   After World War II, Americans became comfortable with the concept of using 'Other Peoples' Money' for big purchases, and mortgages became a standard for almost everyone.  Veterans, returning from the war had VA benefits, which included a no-down payment VA loan, and their home purchase activity fueled the post war economy.

The early '80s presented a new challenge.  A shaky economy drove interest rates through the roof.  Where 7% and 8% loans had been common, now rates crept up to 12% and 14% and finally peaked at about 17%.  Can you imagine?  17% on a 30 year fixed rate mortgage!  Let's make that real by comparing a $200,000 mortgage payment then with one at today's good rates (we'll use 3.5%).  Today the payment would be $898.  Back in 1982 at 17%, it would have been $2,851!  The interest rate crisis was not all bad, though.  It produced innovation.  Consumers moved increasingly to adjustable rate mortgages that could be had at slightly lower initial interest rates.

In those early years there was trepidation about the uncertainty of ARMs.  People worried bout being locked into a mortgage that would always be going up.  Smart Realtors helped people understand that the high rates of the day were temporary, that they certainly would come down in the future.   They suggested that the uncertain Adjustable Rate Mortgage be viewed as Temporary financing that would be replaced with a better loan when rates improved.  This was the birth of the modern refinance strategy.

During the real estate bubble run-up, refinancing became a regular ritual for many consumers.  Houses were appreciating rapidly and refinancing created funds that could be used to remodel or pay down other debt.  Refinancing became a way to afford a lifestyle.  But that all came to an end when the bubble burst, real estate prices fell and foreclosures once again became common.

Today our Triad market has rebounded.  We've reached a state of comfortable equilibrium in the housing market.  Houses appreciate, slowly, and people are able to buy and sell them.  Interest rates remain historically low and it still might be a good time to consider refinancing if it fits with your financial goals.  Because goals are very personal, there is not pat answer about whether you should refi or not.  Only you can decide that, and if you'd like help sorting out what makes the most sense, we at The Vincent Group and GreatNest would be happy to help.  Our consultation will be free and you'll leave with a plan to use your mortgage to help achieve your financial goals.

In the mean time, Zillow has created a refinance calculator that can show you how refinancing might affect your current situation.  It's easy to use, and you can find it HERE.

Of course if moving up to a larger home or 'right sizing' to something a bit more cozy is what you need to do we can certainly help with that. Click here for more info on our low set fee marketing plan.

GreatNest and The Vincent Group is a full service real estate company charging a low set fee instead of a percentage commission.  We serve buyers and sellers in Greensboro, High Point, Winston-Salem , Summerfield, Oak Ridge, Jamestown and surrounding areas.  You can reach us at (336) 790-5210 or by emailing Steve Vincent.  Visit our website: greatnest.com.